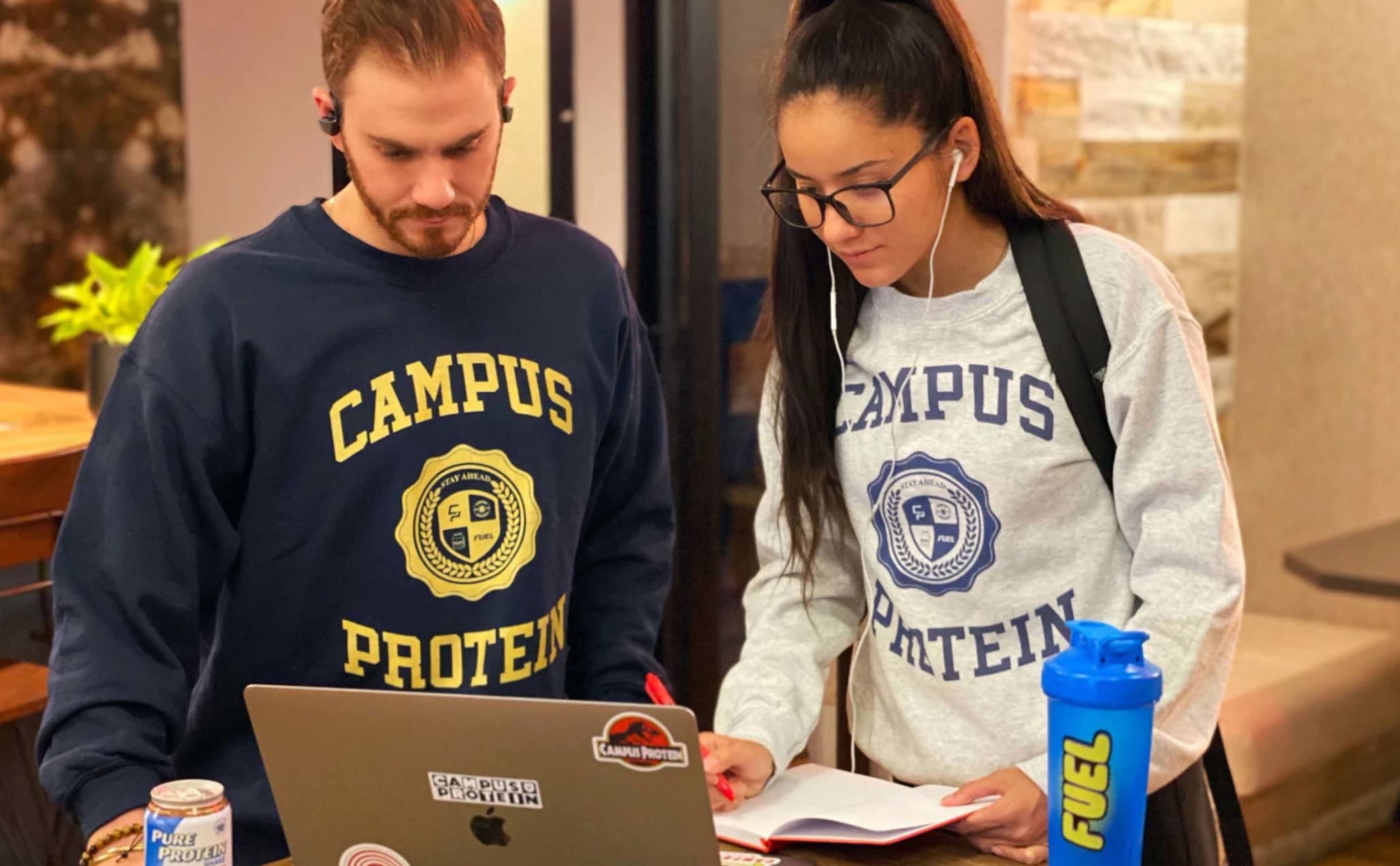 Campus Protein is an online shop that allows students to purchase brand-name supplements and vitamins at prices that fit their lifestyle. Created for students and by students, the once two-person operation has evolved and catapulted Campus Protein into a multimillion-dollar business.

“It all started by wanting to impress girls,” Saks explains.

However, Saks and the Campus Protein team quickly impressed investors, too. The startup won $100,000 in seed money during a campus competition, which the team first used to choose an ecommerce platform.

This search led Campus Protein through three ecommerce platforms, each of which ended up becoming a drain to resources, time, and morale.

“I’m not the type to ever give up or throw in the towel,” Saks explains. “But honestly it was just terrible for morale because we were working so hard but constantly having to deal with so many platform problems.”

Once I saw the light and how everyone was trying to mimic Shopify, the choice was obvious. The team at Shopify Plus is really innovative and always coming up with insanely cool updates.

What keeps you up at night: fixing bugs or growing your sales?

After outgrowing the first, draining resources on trying to implement the second, and feeling like the third platform was failing to deliver on its promises, Campus Protein was in dire need of a trustworthy ecommerce partner.

While researching, Saks saw how other platforms were trying to copy the Shopify Plus model.

In addition to updates, Shopify Plus enables Campus Protein to implement quick feature adjustments, like the “Fuel Gauge” that indicates how much power is left. These feature adjustments are only possible because the company has a platform that can grow and evolve with it.

“Switching to Shopify Plus was the best decision we ever made. It’s the best ecommerce platform I’ve ever seen,” Saks says.

Here’s why: after moving to Shopify Plus, Campus Protein saw a 2x increase in conversions and a significant increase in year-over-year sales. Additionally, the brand now extends far beyond college students.

“One gentleman with cancer began taking our muscle building supplement to prevent weight loss during treatment,” Saks reveals. “Today he’s cancer-free but still using our product which means the world to us.”

With Shopify Plus on its team, Campus Protein can focus on what it does best:

Help us customize your pricing

We’re going to save $108,000 a year by switching to Shopify Plus and projecting to be ROI positive in year one, even with the data migration and replatforming costs.